The Benetton Group Board of Directors approves the 2011 Financial Statements

The Benetton Group Board of Directors approves the 2011 Financial Statements

2011 was characterised by strong pressure on profitability, resulting from high raw material cost inflation, and a particularly negative economic situation in Mediterranean area countries of major interest to the Group. In the presence of these adverse economic conditions, actions developed to counter their impact made it possible to limit the fall in revenues and accelerate growth in nearly all countries outside Europe, in particular in those with fast developing economies (+10% currency neutral) whose proportion of net revenues further increased to 26% of the total.

Group net revenues for 2011 were €2,032 million compared with €2,053 million in 2010, with a reduction of 1.0% (-0.3% currency neutral).
Apparel segment sales to third parties were €1,913 million, down (-1.1% currency neutral) compared with 2010 (€1,948 million). Examination of the geographic analysis of revenues shows how, with the increase in emerging and high growth countries (+10% currency neutral), the reduction in traditional western economies of -3.7%, also currency neutral, has been contained. More details of the changes in revenues were released on January 31, 2012, and additional information can be found in the press release of that date.

During 2011, there was a slight increase in financial expenses, while foreign currency hedging operations produced a negative result, in contrast to the profits generated in the previous year. Consequently, financial management showed an expense of €30 million in 2011, compared with €7 million in 2010.

Working capital, compared with December 31, 2010, increased by €81 million, chiefly due to the impact of a €93 million increase in trade receivables, and a €69 million increase in inventories. Trade receivables were higher as a result of a slow-down in payments received, in particular in the fourth quarter, and were concentrated in Mediterranean area countries, due to the protracted economic crisis. The increase in inventories reflected, on the one hand, the strong change in raw material costs, which increased value, even though quantities were lower, and, on the other hand, included a greater quantity of semi-finished and finished products ready for first quarter despatches in the current year. In partial compensation, there was also a large increase in trade payables (€64 million) and in the net balance of other receivables/payables (€17 million).

Capital employed was €2,055 million, up by €71 million against December 2010, chiefly due to the changes in working capital.

Total net investments were €102 million (€122 million in 2010) and, as in the past, were focussed on development of the sales network, through the renewal of some flagship stores in major cities (Paris, Milan and London in particular), in addition to numerous renovations in various countries worldwide, as well as new openings in emerging markets (including Mexico and Russia).  Moreover, the geographic distribution of the company’s commercial real estate assets is now highly diversified.

Income allocation and other resolutions

The Board then approved the draft annual financial statements (1) of the Parent Company and submitted a proposal to the next Shareholders’ Meeting, convened at Ponzano for April 24, 2012, to allocate the entire income to reserves, without payment of a dividend.

2012 opened with moderately positive results in terms of direct sales in almost all countries in which the Group operates, also due to good results in the end of season sales. However, there continue to be significant economic difficulties, in particular in the Group’s principal markets. In Southern Europe nearly all countries are in recession and consumption remains weak, while, in the remaining traditional markets, growth expectations are very limited. The Group expects good sales performance only in emerging and high growth countries, with increases in consumption throughout 2012.

Taking of orders for the Spring/Summer 2012 collections of the various brands is under way and it is expected that it could finish with a slight downward trend compared with the comparative collections in the previous year. Given the high volatility of medium-term prospects, it is difficult, at present, to make a precise forecast for the subsequent Fall/Winter collections.

In this highly uncertain situation, the Group has prepared an action programme which, taking advantage of the widespread geographic presence of the Group and the strength of the relationship with commercial partners, has the objective of maintaining business profitability. The key points of this programme are: strong support for the brands by means of communication projects consistent with the objectives of each brand; continuous research to improve products and to offer the consumer sufficient choice in terms of quality and price level expectations; focus on some key countries and cities for the renewal of the sales network and definition of geographical priorities to take maximum advantage of the greater dynamism of some areas.

In the early part of the year in particular, the negative effects on margins of raw material price inflation were confirmed, but the latest data shows a slow down, especially for cotton, with potential positive effects as from the second half of the year. The Group will continue to act with determination to achieve maximum efficiency of production processes and sourcing, and the optimization of costs relating to both the central structure and direct sales activities. Overall, however, due firstly to the pressure on revenues, it will not be possible to improve Operating Profit and, due to the increased cost of indebtedness, Net Income may also fall slightly. 2012 will also see the continuation and expansion of the investment programme, in particular in the commercial area, directed towards improvement and growth of the sales network through the acquisition of new locations and renewal of some prestigious stores, in confirmation of the strictly functional role of the properties with respect to Company strategy, as has been the case for many years.

Declaration by the manager responsible for preparing the company’s financial reports
The manager responsible for preparing the company's financial reports, Alberto Nathansohn, declares, pursuant to paragraph 2 of article 154-bis of the Consolidated Law on Finance, that the accounting information contained in this press release corresponds with the document results, books and accounting records.

Disclaimer
This document includes forward-looking statements, specifically in the section entitled “Outlook”, relating to future events and operating, economic and financial results of the Benetton Group. By their nature, such forecasts contain an element of risk and uncertainty, because they depend on the occurrence of future events and developments. The actual results may differ significantly from those announced for a number of reasons. 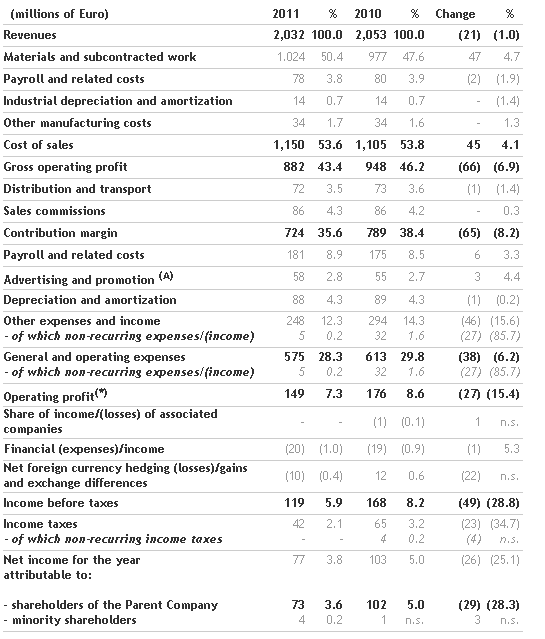 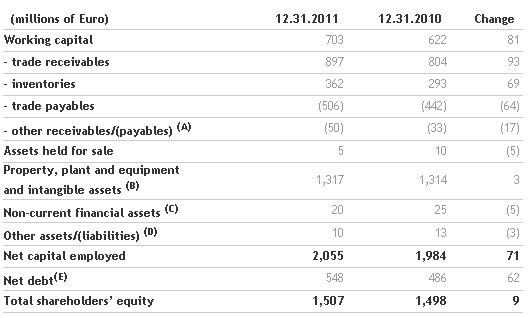 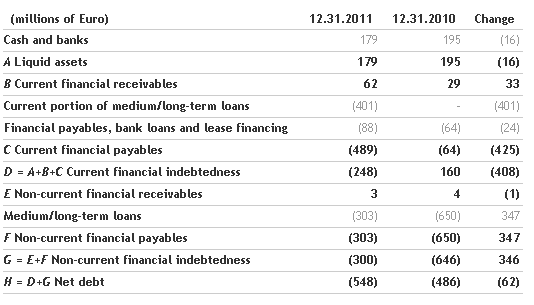 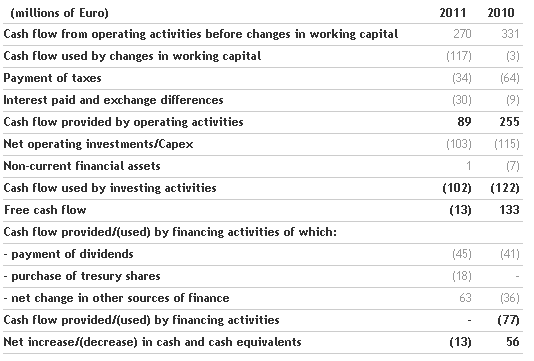 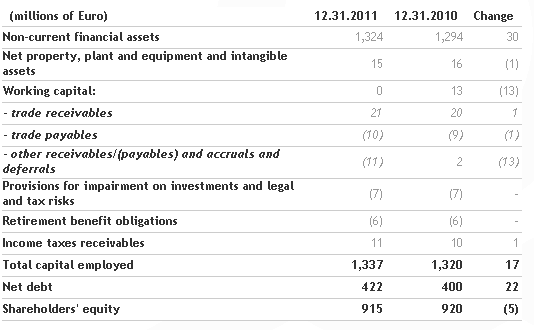